By Ariel Zilber For Dailymail.com and Wires

The World Health Organization on Saturday warned the coronavirus pandemic was likely to be ‘lengthy’ and that is effects would be felt far into the future after its emergency committee met to evaluate the crisis six months after sounding the international alarm.

The committee ‘highlighted the anticipated lengthy duration of this COVID-19 pandemic,’ the WHO said in a statement, and warned of the risk of ‘response fatigue’ given the socioeconomic pressures on countries.

The panel gathered Friday for the fourth time over the coronavirus crisis, half a year on from its January 30 declaration of a public health emergency of international concern (PHEIC) – the WHO’s highest level of alarm.

‘WHO continues to assess the global risk level of COVID-19 to be very high,’ it said following the meeting. 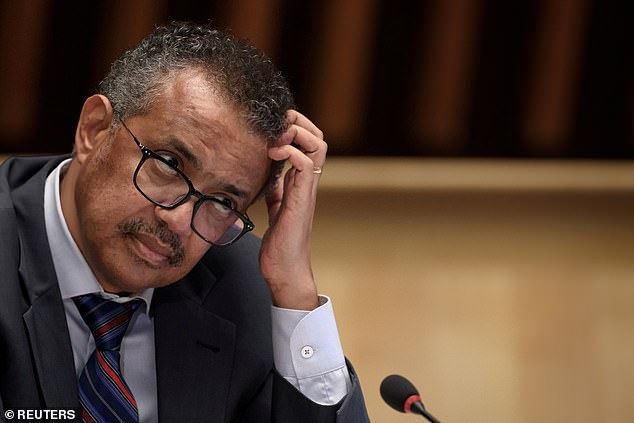 World Health Organization Director-General Tedros Adhanom Ghebreyesus (seen above in Geneva last month) said the COVID-19 pandemic ‘is a once-in-a-century health crisis, the effects of which will be felt for decades to come’ 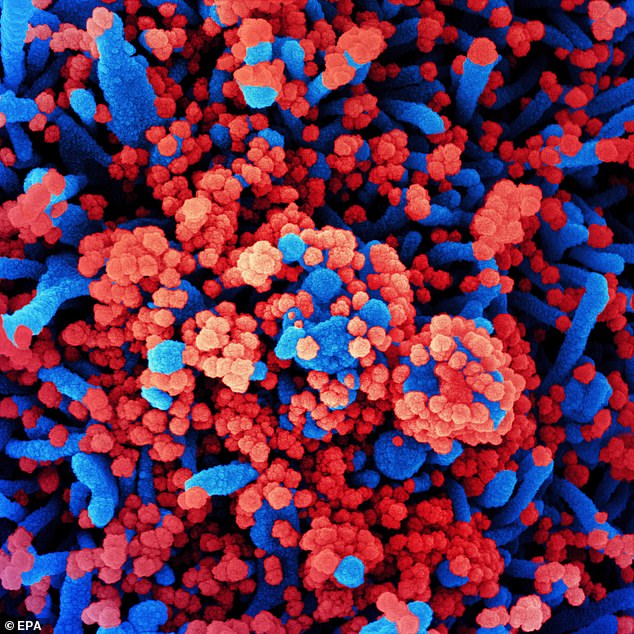 The novel coronavirus has killed at least 680,000 people and infected at least 17.6 million since the outbreak emerged in China last December, according to a tally from official sources compiled by AFP.

In the United States, which has emerged as the viral epicenter, nearly 155,000 Americans have died after contracting coronavirus. As of Sunday, there were nearly 4.65 million cases in the US.

The US, Brazil, Mexico and Britain have been particularly hard hit in recent weeks by the disease COVID-19, as their governments have struggled to come up with an effective response.

Unsurprisingly, the panel, comprising 17 members and 12 advisers, unanimously agreed that the pandemic still constituted a PHEIC.

Several countries around the world have imposed strict lockdowns in a bid to control the spread of the respiratory disease, plunging economies into sharp contraction.

The committee urged the WHO to provide nuanced, pragmatic guidance on COVID-19 management ‘to reduce the risk of response fatigue in the context of socio-economic pressures.’

The panel urged the WHO to support countries in preparing for the rollout of proven therapeutics and vaccines.

The committee also urged the agency to accelerate research into the remaining ‘critical unknowns’ of the virus, such as the animal source of the disease and potential animal reservoirs.

It called for improved understanding of the epidemiology and severity of COVID-19, including its long-term health effects.

And the committee wanted more light shed on the dynamics of the virus, such as ‘modes of transmission, shedding, potential mutations; immunity and correlates of protection.’

The near six-hour gathering was hosted at the WHO’s headquarters in Geneva, with some participants joining via video-link.

The committee will reconvene within the next three months.

Going into the meeting, WHO chief Tedros Adhanom Ghebreyesus said the pandemic’s effects would be long-lasting.

‘It’s sobering to think that six months ago, when you recommended I declare a PHEIC, there were less than 100 cases and no deaths outside China,’ he said Friday.

‘The pandemic is a once-in-a-century health crisis, the effects of which will be felt for decades to come.’

The committee warned countries to prepare their health systems to cope with seasonal influenza and other disease outbreaks alongside the new coronavirus.

They were also urged to ‘encourage global solidarity’ on COVID-19 and address ‘mis/disinformation’ about the virus.

The WHO has been sharply criticized for the length of time it took to declare an international emergency. 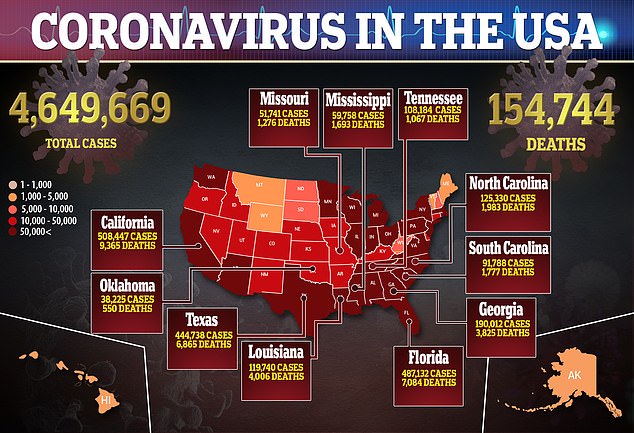 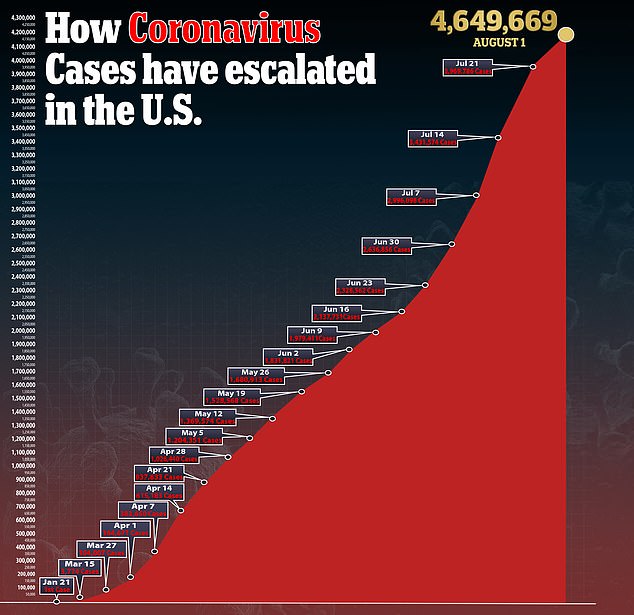 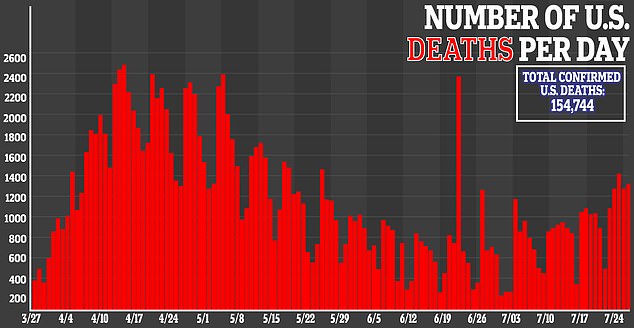 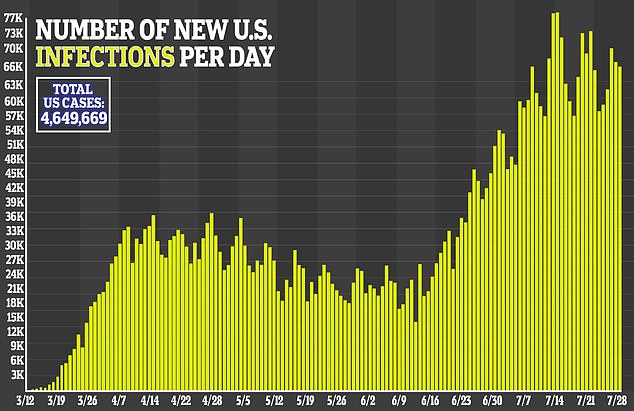 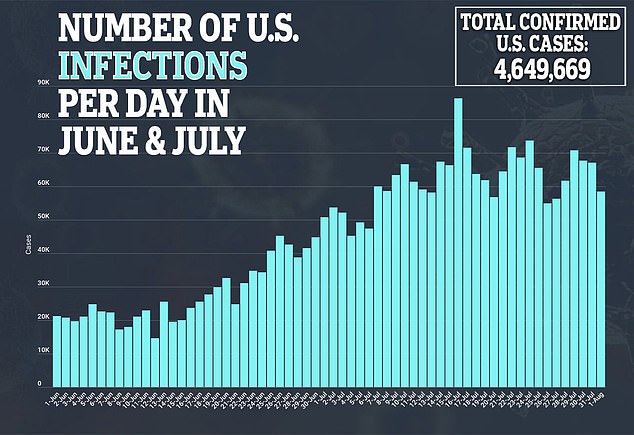 The United States, which accused it of being too close to China, officially began its withdrawal from the organisation in July.

The agency has also been criticized for recommendations deemed to be late or contradictory, in particular on wearing masks, or the modes of transmission of the virus.

Although knowledge about the new virus has advanced, many questions remained unanswered and populations remain vulnerable, Tedros said on Friday.

‘Early results from serology (antibody) studies are painting a consistent picture: most of the world’s people remain susceptible to this virus, even in areas that have experienced severe outbreaks,’ he said.

‘Many countries that believed they were past the worst are now grappling with new outbreaks.

‘Some that were less affected in the earliest weeks are now seeing escalating numbers of cases and deaths.’