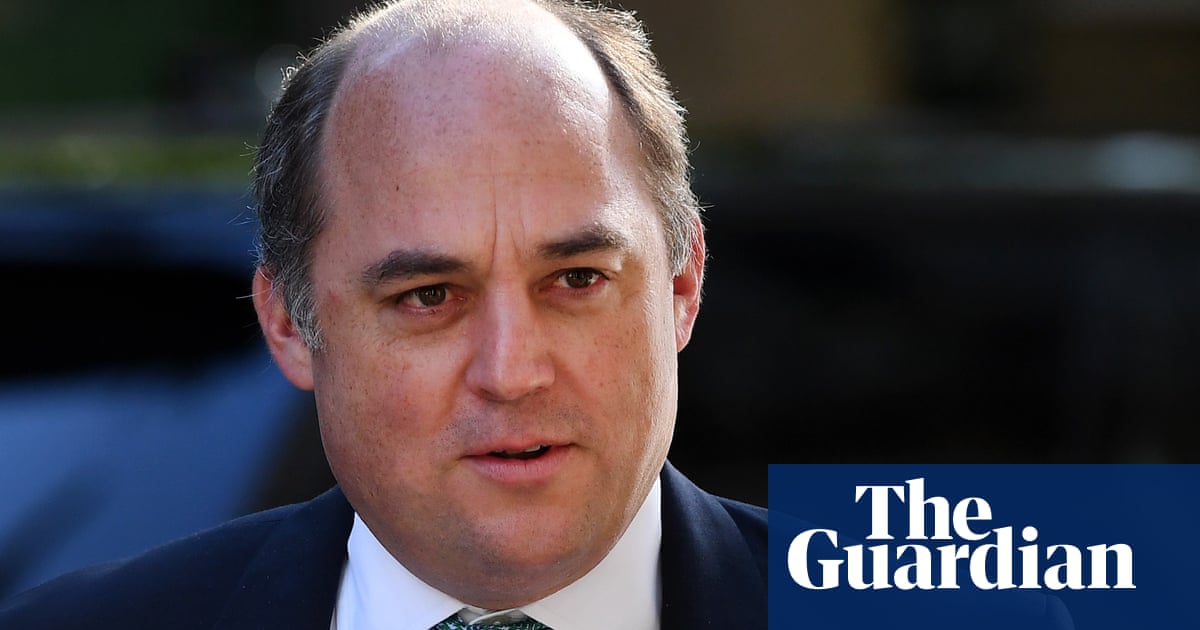 The UK has been lobbying the US Congress in support of a controversial new warhead for Trident missiles, claiming it is critical for “the future of Nato as a nuclear alliance”.

A letter from Britain’s defence secretary, Ben Wallace, seen by the Guardian, urged Congress to support initial spending on the warhead, the W93.

The letter, sent in April but not previously reported, draws the UK into a US political debate, pitting the Trump administration against many Democrats and arms control groups over whether the the $14bn W93 programme is necessary. The US navy already has two warheads to choose from for its submarine-launched Trident missiles.

The close cooperation on the W93 casts further doubt on the genuine independence of the UK deterrent – parliament first heard about it when US officials accidentally disclosed Britain’s involvement in February – and the commitment of both countries to disarmament.

The UK is also supporting the administration’s efforts to speed up work on the warhead and its surprise $53m request for initial weapon design work in the 2021 budget, two years ahead of the previous schedule.

Sceptics believe the rush is intended to lock in funding before the election. A Biden administration would be likely to review or even cancel the W93 programme.

“These are challenging times, but it is crucial that we demonstrate transatlantic unity and solidarity in this difficult period,” Wallace told members of the House and Senate armed services committees. “Congressional funding in [2021] for the W93 program will ensure that we continue to deepen the unique nuclear relationship between our two countries, enabling the United Kingdom to provide safe and assured continuous-at-sea deterrence for decades to come.”

The British intervention comes as the initial funding for the warhead hangs in the balance. It was approved by the House and Senate armed services committees but blocked at least temporarily, by a House energy and water subcommittee last month.

Congressional staffers said they could not recall such a direct UK intervention in a US debate on nuclear weapons.

“We’ve never had a letter of this sort before, so it was a little bit surprising that this is the issue that they chose to weigh in on,” a committee aide said.

The UK insists its Trident nuclear deterrent is autonomous, but the two countries share the same missiles and coordinate work on warheads. The current UK Trident warhead, the Holbrook, is very similar to the W76 warhead, one of two the US navy uses in its own Trident II missiles.

The US and UK versions of the W93 are also expected to resemble each other closely. Both countries will use the same new MK7 aeroshell, the cone around the warhead that allows it to re-enter the earth’s atmosphere, which will cost another several hundred million dollars.

Little has been disclosed about the W93, but it is thought to be based on a design that was tested during the cold war but not made part of the US stockpile at the time. It will potentially be the first new warhead design in the US stockpile since the cold war and is expected to be of considerably higher yield than the current W76, which is already six times more powerful than the bomb dropped on Hiroshima 75 years ago next week.

The demand for funding for the W93 is particularly controversial in the US as the W76 and a higher-yield submarine-launched ballistic missile (SLBM) warhead, the W88, have already been subject to multibillion-dollar upgrades.

“This is excess on top of excess,” Kingston Reif, director for disarmament and threat reduction policy at the Arms Control Association, said. “We already have two SBLM warheads. The W76 just went through a major life extension programme and is slated to be good into the early 2040s, and the W88 is going through a major alteration.

“The US can continue to assist the UK’s arsenal without rushing the development of an unnecessary, at least $14bn new-design, third SLBM warhead,” Reif added.

The total cost of the US nuclear weapons modernisation programme is expected to be far in excess of $1tn.

The US and Russia, which is also upgrading its arsenal and developing new weapons, together account for more than 90% of all the nuclear warheads on the planet, and both countries are putting increasing emphasis on them in their rhetoric and defence postures.

Under Donald Trump, the US has now left three nuclear agreements and his administration is reluctant to extend the last major arms control deal with Russia, the 2010 New Start treaty, which is due to expire in February.

The bonfire of nuclear accords, combined with the huge amounts spent on weapons like the W93, are a threat to the 1968 nuclear non-proliferation treaty, the fundamental bargain by which countries without nuclear arms pledged not to acquire them on condition the recognised nuclear powers (the US, UK, France, Russia and China) took steps to disarm, under article six of the treaty.

“When I look at something like the W93, it’s not, in and of itself, a violation of article six,” said Daniel Joyner, a University of Alabama law professor specializing in nuclear treaties. “It’s just a further data point to evidence, the current non-compliance of the US and UK with article six.”

In his letter to the congressional committees, Wallace wrote: “Your support to the W93 program in this budget cycle is critical to the success of our replacement warhead programme and to the long-term viability of the UK’s nuclear deterrent and therefore, the future of Nato as a nuclear alliance.”

“The UK is noticeably missing when it comes to emphatic support for New Start extension, but yet at the same time it feels comfortable directly telling members of Congress what they should do about our own modernization plans,” Bell said. “I think that’s weird.”

Asked about the purpose of Wallace’s letter, a UK defense ministry spokesman said: “The UK’s existing warhead is being replaced in order to respond to future threats and guarantee our security. We have a strong defence relationship with the US and will work closely with our ally to ensure our warhead remains compatible with the US’s Trident missile.”

According to official figures, the US W76 warhead is viable until 2045 at least – and the UK version is expected to last until the late 2030’s, so there is no urgent technical need for replacement.

Greg Mello, executive director of the Los Alamos Study Group, said nuclear weapons hawks at the Pentagon, the National Nuclear Security Administration and the Los Alamos National Laboratory were pushing to lock in spending in case there is a change of administration.

“They would like to get this program endorsed by Congress this year, and they’re very close to it,” Mello said. “Once it is a programme of record, it will take more for a future administration to knock it out.”