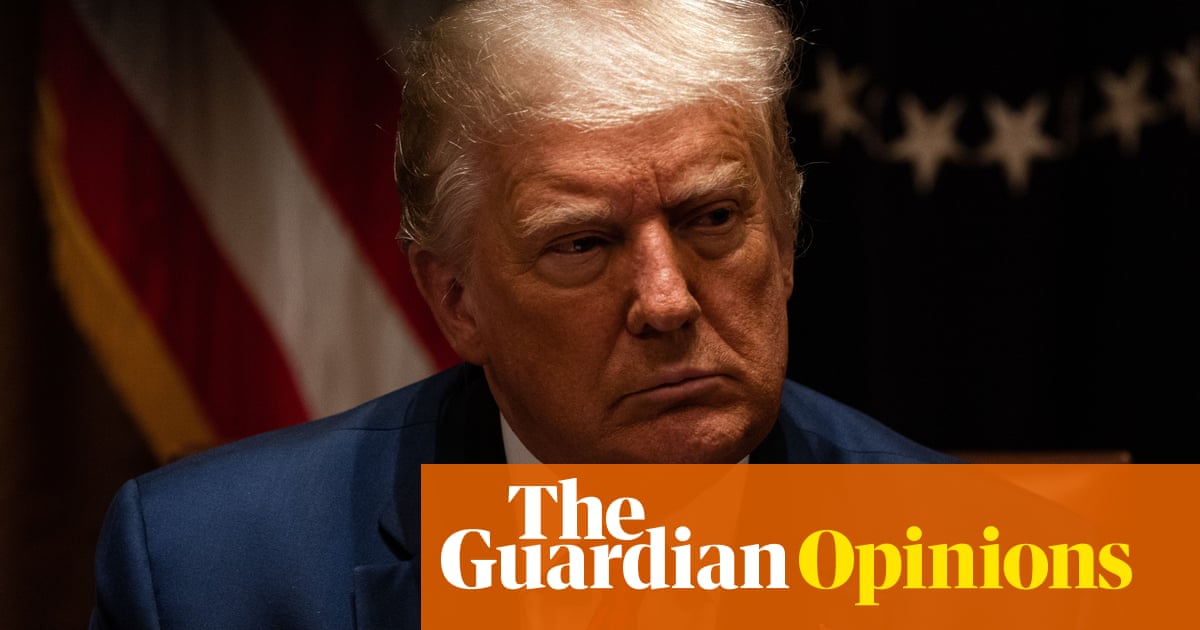 “The recovery has been very strong,” Donald Trump said on Monday. Then the commerce department reported the US economy contracted between April and June at the fastest pace in nearly three-quarters of a century, which is as long as economists have been keeping track. The drop wiped out five years of economic growth.

But pesky facts have never stopped Trump. Having lied for five months about the coronavirus, he’s now filling social media and the airwaves with untruths about the economy so he can dupe his way to election day.

The comeback “won’t take very long”, he reassured Americans on Thursday. But every indicator shows that after a small uptick in June, the US economy is tanking again. Restaurant reservations are down, traffic at retail stores is dwindling, more small businesses are closing, the small rebound in air travel is reversing.

What’s Trump’s plan to revive the economy? The same one he’s been pushing for months: just “reopen” it.

He wants the public to believe the shutdown orders that began in March caused the economy to tank in the first place, so reversing them will bring the economy back.

Rubbish. It was the virus that caused the downturn, and its resurgence is taking the economy down again. The virus is surging back because governors reopened prematurely, before the virus was under control – at Trump’s repeated insistence.

The sequence of cause-and-effect is clear. The virus has surged most in states that were among the first to reopen, such as Florida, South Carolina, Texas and much of the rest of the sun belt.

Because of this resurgence, many states are pausing plans to reopen and some are reimposing restrictions. But these restrictions are not the reason the economy is slowing. They are the necessary consequence of allowing the pandemic to get out of control.

Even the White House’s own coronavirus taskforce concludes that 21 states have outbreaks serious enough to justify more restrictions.

Notably, the economy is sliding again even though the government has pumped trillions of dollars into it. What happens when the money stops?

We’re about to find out. Senate Republicans can’t agree among themselves, let alone with House Democrats, about more funding, while Trump says “we really don’t care” about reaching a spending agreement.

That means starting this week more than 30 million Americans will no longer receive $600 in extra weekly employment benefits. As a result, tens of millions will not be able to make rent or mortgage payments. More will go hungry, including children. The economy is likely to slide even further.

The White House argues that the extra unemployment payments have discouraged workers from seeking jobs because some are receiving more money in benefits than they would earn by working.

More rubbish. A study by Yale economists finds “no evidence” that people who have lost their jobs are choosing to stay unemployed because of the extra federal aid. In fact, “workers facing larger [unemployment] expansions generally appear to be quicker to return to work than others, not slower.”

People can’t go back to work because there is very little work for them to do. Fourteen million more people are unemployed than there are jobs.

In fact, the extra benefits have been keeping some 3 million employed because the money has gone into the pockets of people who spend it, thereby sustaining economic activity. Shrinking those benefits will put less money into consumer pockets, with the result that millions more jobs will be lost.

Lies about the economy are harder to spot than lies about the coronavirus because the virus’s grim death count is painfully apparent while the economy is complicated. But Trump’s economic lies are no less egregious, and they’re about to cause a great deal of unnecessary suffering.

Trump and Senate Republicans may not like it, but that’s the painful truth.