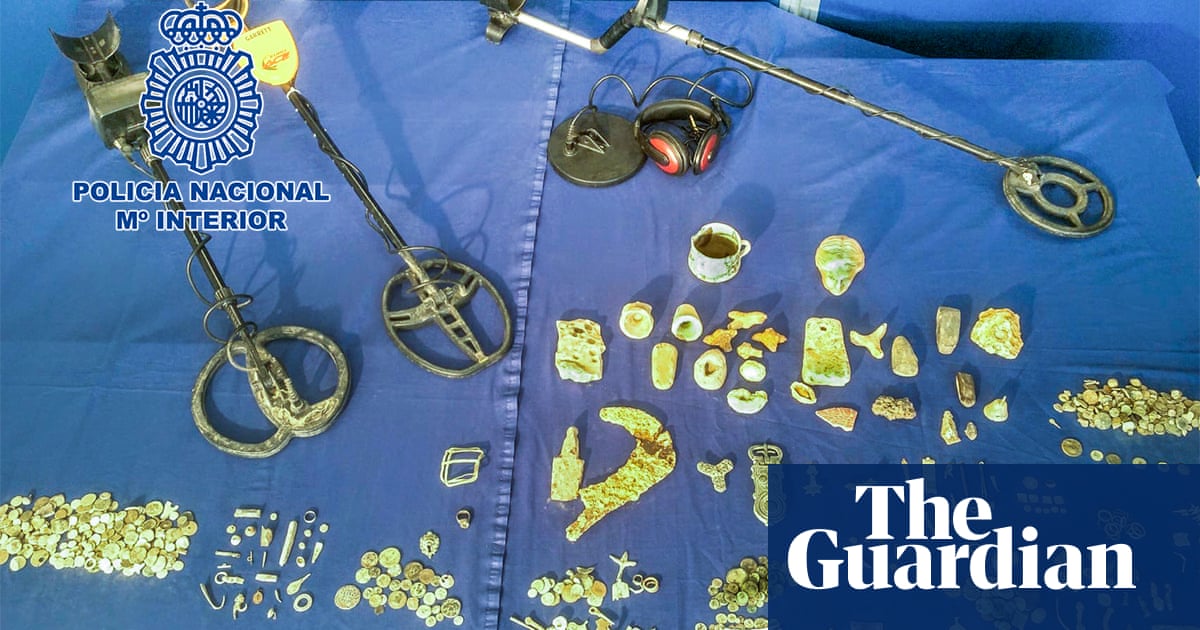 Police in Spain have recovered a haul of ancient artefacts, including Phoenician gold jewellery, that could date to 1,200BC, after the metal detectorist who found them posted pictures of the treasures online.

The investigation began when specialist officers from the national police force noticed that images of archaeological and cultural items were being shared on different websites.

Among them was a gold earring that is thought to be of Phoenician origin and could be between 2,500 and 3,200 years old.

“Once the officers identified the suspect, they realised that his looting activities were neither circumstantial nor random, but had taken place over a long period of time,” the force said in a statement.

“It also emerged that the suspect had been fined for similar activities in the past.”

A search of the man’s home in Villamartín, Cádiz province, turned up many more pieces, including a gold dirham, five gold pieces that may have made up a necklace or bracelet, a large number of coins from different eras, and a stone bust of a woman.

The suspect also took police to a farm near Jerez de la Frontera, where he said he had found the pieces. Police are now looking into whether the man was merely collecting the items or whether he intended to sell them.

According to El País, the suspect could face a fine or a prison sentence of between six months and three years.

It is thought many of the objects could be funerary offerings.

Experts told the paper that most of the finds appeared to be Roman or late Roman, although they also include a buckle that could be Visigothic.

“It looks like there’s a bit of everything, which is quite normal when you’re dealing with people who use metal detectors to find treasure,” one said.