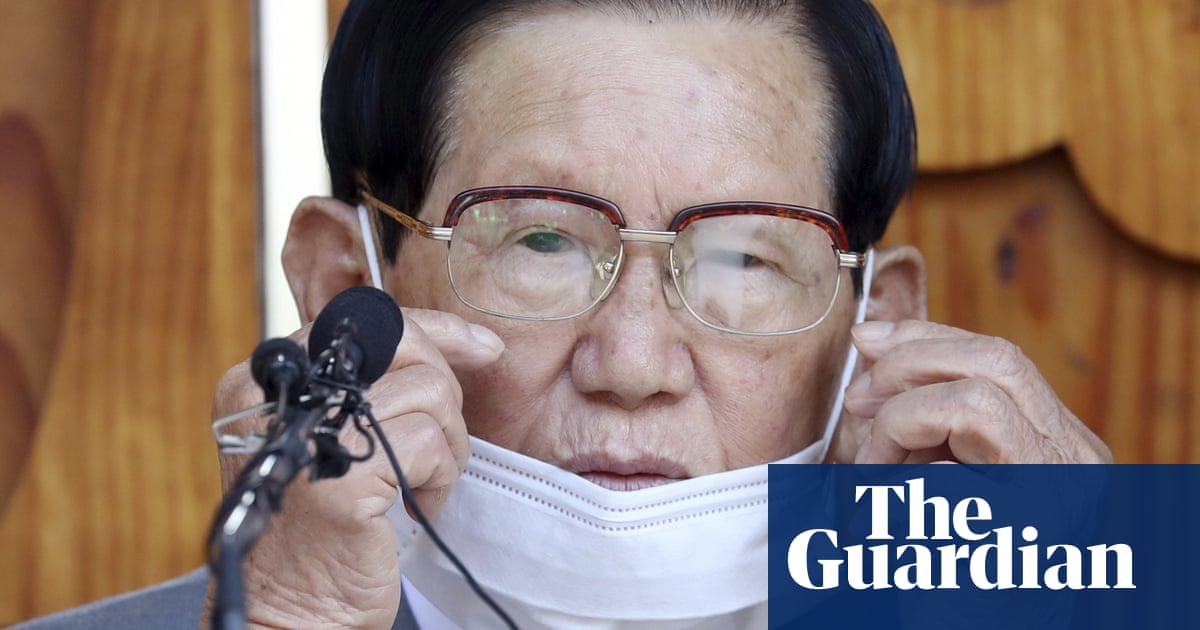 South Korean authorities have arrested the founder of a secretive Christian sect at the centre of the country’s largest outbreak of Covid-19 infections for allegedly hiding crucial information from contact-tracers and other offences.

Lee Man-hee is the powerful head of the Shincheonji Church of Jesus which is linked to more than 5,200 coronavirus infections, or 36% of South Korea’s total cases.

Prosecutors allege the 89-year-old conspired with other sect leaders to withhold information from authorities during the peak of the outbreak among his more than 200,000 followers.

Lee, who has described the novel coronavirus as the “devil’s deed” to stop the sect’s growth, allegedly hid details on members and their meeting places as authorities tried to trace infection routes in February, Yonhap news agency reported.

Lee is also suspected of embezzling about 5.6bn won ($4.7mn) in church funds, including about 5bn won which he allegedly used to build a retreat, Yonhap said.

The sect said in a statement that Lee was concerned about government demands for members’ personal information but never tried to hide anything.

Lee was arrested immediately after a court in Suwon district, south of Seoul, approved the warrant.

A prosecution official could not be reached outside of office hours.