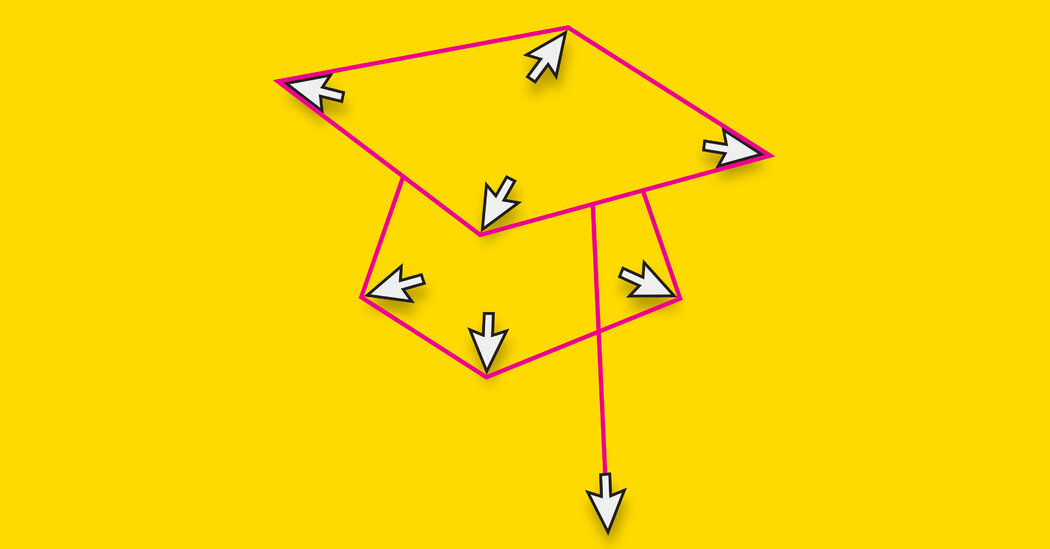 Hundreds of thousands of undergraduates in America won’t be allowed on their campuses this fall, or the campuses welcoming them will be hollowed-out, locked-down, revelry-leeched shadows of their former selves. What kind of college experience is that?

The kind that Natalie Kanter had by design. She did college without the campus — four demanding and exhilarating years of it. And I don’t mean that she lived off campus, commuting in as needed. There was no campus to commute to. No lecture halls. No rec center. No football stadium.

For her and her schoolmates, remote learning wasn’t a crisis-prompted compromise. It was the whole point.

Kanter, 23, belonged to the first graduating class of a sort of start-up college, Minerva, which opened about five years ago. All of its instruction is online, from professors scattered far and wide.

And while students in a given grade live together in a residential building, so that they have peers at hand and a center of gravity, they do so all around the globe, moving periodically to a new city that becomes their new campus, but only temporarily.

Kanter and her roughly 105 classmates spent their first two semesters in San Francisco, where Minerva’s bare-bones administration is, before migrating for one semester each to Berlin, Buenos Aires, Seoul, Hyderabad (India), London and then San Francisco again. Minerva has a footprint — well, more a toe dimple — in each of those places plus Taipei, Taiwan.

It’s defined not by physical structures but by a proprietary, highly interactive digital platform that professors use for their seminars. The seminars are capped at 20 students (but are usually smaller) and emphasize participation to a point where the platform — a far cry from Zoom — shows a professor how long he or she has been droning on.

“Having a campus is one of the least important parts of the university experience,” Kanter, who graduated in May 2019 and now works for the social advocacy organization DoSomething.org, told me.

Yes, she said, the “additional pizazz” of grand buildings, weathered statues and “rubbing the left foot of this or jumping into that fountain when you graduate” might have been nice. But necessary? Not for learning. Not for extracurricular enrichment, to which a campus can sometimes be a cloistering, coddling barrier.

A campus also inflates the cost of college. Tuition, fees, room and board at Minerva are about $32,000 a year — easily half the sticker price of many prestigious private colleges — for students paying full freight, which is only about 20 percent of them. That’s made possible by the absence of gleaming campus structures.

Bob Kerrey, the former senator and a Minerva board member, told me that the importance of a snazzy or traditional setting is a falsehood “set up by people who really don’t want to lose the investment in classrooms.”

“I’m part of it,” he added, referring to the 16-story, roughly $350 million University Center that he helped to create when he was president of the New School in Manhattan from 2001 to 2010. “It’s lovely. The students love it. But it’s built for the old way of doing things. Once you’ve made the investment, it’s not easy to let it go.”

Minerva drew attention at the outset, because it was one answer to intensifying questions about the affordability of college, the country-club excesses of some campuses and the erratic devotion to actual instruction.

But it’s an object of even greater fascination now, because it willingly made changes that other schools are suddenly forced to consider, thanks to the coronavirus.

Mitchell Stevens, an associate professor of education at Stanford, told me that even before the pandemic higher education “was in many ways being held together by prayers, Band-Aids, international students and a lot of debt.”

“What the pandemic creates,” he said, “is a kind of existential challenge to so many colleges and universities and business-model presumptions. That’s an opportunity for fairly radical rethinking.”

Minerva’s rethinking isn’t the solution. For many students, Minerva would be a disastrous psychological or practical fit. Others have obligations or limitations that forbid globe-trotting.

Its course catalog is a haiku next to a conventional university’s epic poem. It doesn’t own and give students instant access to cutting-edge scientific equipment or stacks of old books.

But it’s a creative mix of disruptions and rebellions that could, in some form, have application elsewhere.

For example, it completely bucks the trend at many schools toward a dizzying array of clubs, activities and amenities. Minerva’s founder, Ben Nelson, argues that those are often a distraction from academic pursuits and that students who want to perform music or play soccer with one another can arrange that for themselves, foraging for resources in the diverse, teeming city around them.

“The richness that students can get by being independent, by figuring out how to navigate a place, is infinitely better for their personal development than the glee club having a room in the student center,” he said. “They’re entrepreneurial. They can leverage what happens in the real world.”

That they use kitchens in their residential buildings to cook for themselves rather than plopping down in a student cafeteria isn’t a hardship, he added. It’s, well, an education.

Nelson, of course, has an investment in believing that. But he’s hardly the first person to suggest that the country’s richer schools are more concerned with pleasing students than with challenging them and are better at delaying adulthood than at ushering their charges into it.

And Minerva students and graduates I spoke to said that the school indeed gave them something — maturity, initiative, ingenuity and, ultimately, confidence — in return for what they sacrificed. Alexander Sanchez, who left Washington University in St. Louis after one year to do Minerva from start to finish, told me that he “lost access to a dance studio and to the critical mass of students I would need to form a dance club.”

But Sanchez, 23, who graduated this year and works in the psychology department at Harvard, told me that he learned the tango in Buenos Aires, studied hip-hop in Berlin and developed “friendships that challenged my conceptions of what ‘normal’ was every single day.”

“We were exposed to such a diversity of opinions and cultural upbringings,” he said, referring to himself and his Minerva classmates, most of whom aren’t from America. He’s Colombian-American and went to high school in Puerto Rico.

Minerva is an antidote to provincialism. Megan Perpich, 21, who will head to Berlin this fall to begin her junior year, told me that the school made her feel “small.” That’s a compliment. She feels small, she explained, because the world feels so very inexhaustibly big.

And Minerva has carefully considered and tried to address the pitfalls of online education. One reason that someone taking a large lecture course alone on a computer at home may not finish or glean much from it is the absence of a nearby support network of peers. But Minerva students have one another for counsel, company and community, and several told me that a classmate taking the same seminar that you are might be doing so on a laptop set up next to yours. There might be three or four of you huddled together, although not this coming semester, when Minerva will exhort students to observe social distancing in their residences.

Those seminars all happen live, and Minerva’s digital platform has interactive facets that prevent students from dozing or drifting away. Their distant professors hold office hours — virtually. And there are a few adults on hand in each Minerva city to assist and check in on the students.

“But what,” I asked Kanter, “about school spirit?” Does it survive a reliance on wireless and airports?

“It’s reimagined,” she said. “It’s not sitting in bleachers and chanting.” It’s about being in an unconventional group of undaunted adventurers who are having an unfamiliar college experience, in part because they’re fashioning it themselves. “That definitely gives you an adrenaline rush,” she said — a rush that may even be immune to a pandemic.

Listen to “The Argument” podcast every Thursday morning, with Ross Douthat, Michelle Goldberg and me.