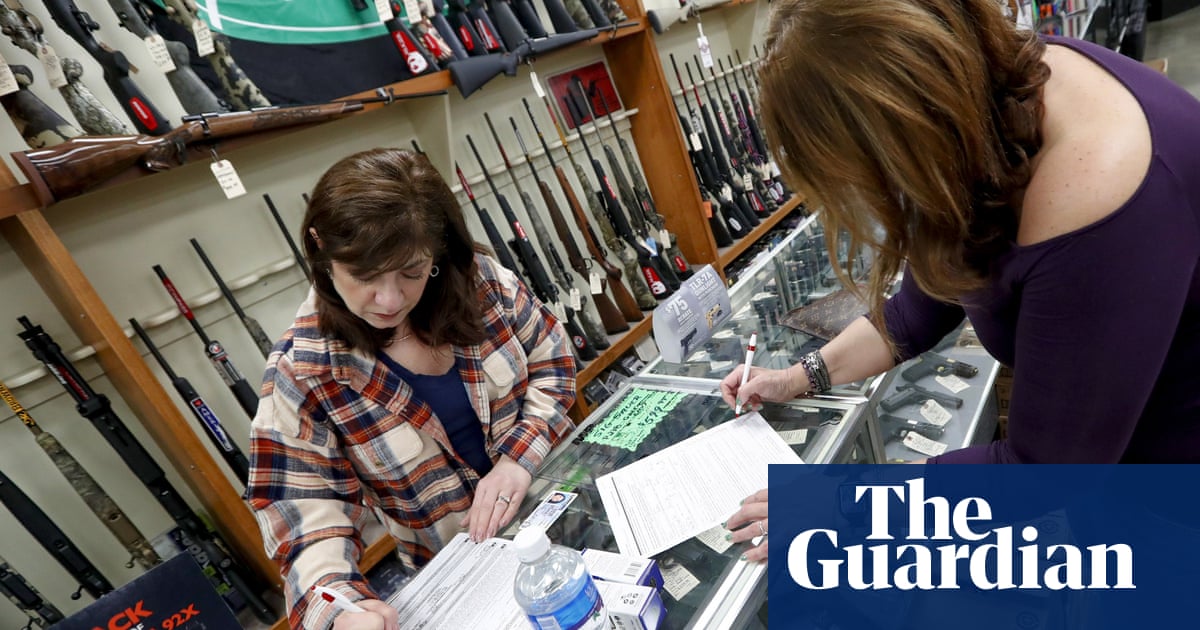 Fears over the Covid-19 pandemic, a perception of rising crime and worries over civil unrest and political instability in the wake of anti-racism protests have sparked Americans to buy firearms at a record pace – with about 40% being first-time buyers, according to one leading gun rights group.

Pro- and anti- gun rights groups are also detailing how the stereotype of an older, white conservative-leaning male with a hoard of weaponry is being challenged by rising numbers of first-time buyers that represent sales to women, buyers from Black and other communities of color, and people from urban or suburban areas.

According to federal statistics, gun purchase background checks are up 69% over the last year to 10m, with handgun checks up 80%. Industry analysts estimate sales of about 3m weapons since March – a rise in sales is so large it has stressed manufacturers’ supply chains.

According to Phillip Levine, author of a recent Brookings Institution report, past spikes have come in response to fears over increased ownership restrictions following mass shootings and protests demanding gun control legislation.

But this year, the drivers are markedly different. In the 12 days following Donald Trump’s declaration of a national emergency concerning the coronavirus outbreak, firearms sales jumped to over 120,000 per day, peaking at 176,000 on March 16. The total for the month tallied at more than 700,000.

“The 2020 spike, however, is less about concerns regarding access to firearms than personal safety. In March, concerns about personal safety arose from both a deadly new virus and an economy in freefall,” Levine wrote.

By June, he continued, “concerns about the virus and the economy remained, and were compounded by new evidence of racial injustice in policing, widespread protests, and discussions of defunding the police”.

But exactly who is buying the weapons is open to interpretation, since exact figures or sales broken down by race or gender, are largely anecdotal.

“Today’s gun buyer looks more like the rest of America,” wrote Larry Keane, general counsel for the National Shooting Sports Foundation, a gun industry trade group, in a newsletter posted this month. “They represent all walks of life and those buying firearms today increasingly are women, minorities and more urban than in previous generations.”

According to a report by the NSSF-affiliated Southwick Associates, over 24 million Americans think they are likely to purchase their first firearm within the next five years.

Among the sources cited by Keane is the National African American Gun Association, which said membership had grown by 15,000 in 2020, and Maj Toure, founder of Black Guns Matter, a group that supports Black gun ownership.

“People somehow forget that we have the right to defend our lives with firearms,” Toure recentlytold Business Insider. “I believe that more Black people would be alive if they were armed.”

“So when I hear ‘unarmed Black man’, I’m sad because there should be no such thing.”

Observers often point out how many conservative groups or political figures express different attitudes to gun rights when it involves communities of color, rather than white Americans, bu the figures suggesting a rise in first-time gun owners is not itself in question.

David Chipman, a former special agent with the Bureau of Alcohol, Tobacco, Firearms and Explosives, who is now with Giffords, a gun violence prevention group, said gun sales are rising again from an initial March spike.

“We were trying to evaluate if this was a once-in-a-lifetime event, but we can now see from the numbers through June that it has picked up again, largely because of the uncertainty the public sees around civil unrest,” Chipman told the Guardian.

“It is unprecedented and significant, and though we have no way to confirm it, the industry is claiming that around 40% of people driving the sales are first-time buyers.”

With gun safety training at gun-ranges curtailed by Covid, Chipman says the increasing numbers of first-time buyers “concerns me more from a public-safety standpoint than if it were people hoarding guns as we’ve seen in recent history.”

More broadly, Chipman says, he is concerned that first-time gun-buyers are responding to job uncertainty, psychological uncertainty and stress by deciding that a firearm is a solution to maintaining some sense of control.

“All Americans should be concerned. The gun industry is good at framing a gun as a solution while not introducing potentially negative outcomes. This is a new era, and fear supersized as panic transcends gender, race and politics,” Chipman said.