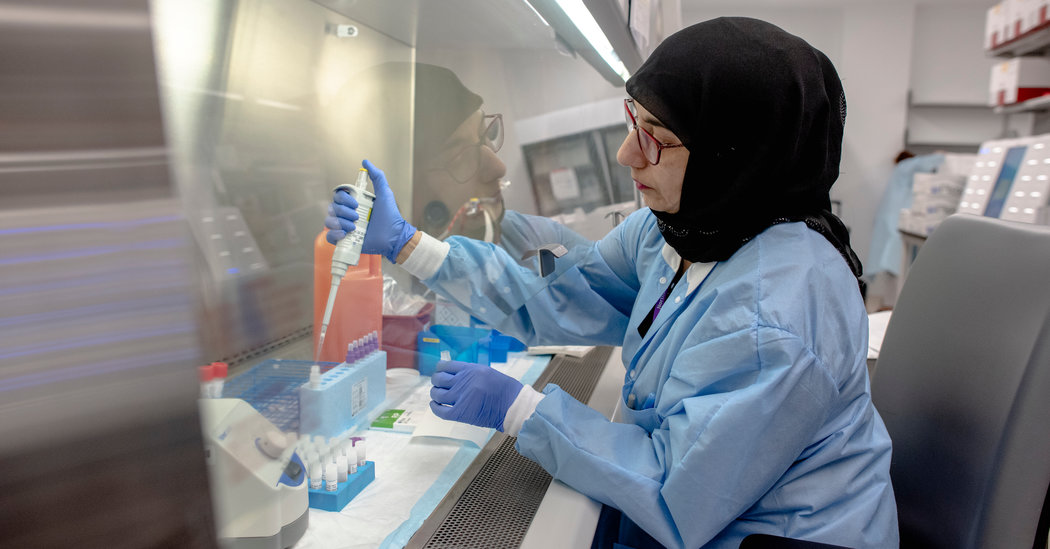 Federal health officials announced on Wednesday that anyone who wants a coronavirus test may get one if a doctor agrees. But the nation’s testing capacity is still so limited that experts feared clinics and hospitals could be overwhelmed by an avalanche of requests.

Under the new criteria, patients who have fevers, coughs or difficulty breathing qualify for diagnostic testing, depending on their doctor’s judgment. But with flu season in full swing, tens of millions of Americans already have respiratory symptoms, and doctors have no quick way to discern who should be tested.

The Trump administration has repeatedly promised to expand the nation’s testing capabilities by Friday, even as state laboratories estimated that it would be weeks before millions of American could be tested.

Even as federal officials were announcing the new testing criteria, the House and the Senate agreed to provide $8.3 billion to combat the spread of the coronavirus. By the end of the day, the death toll in the United States had risen to 11 and the number of confirmed cases to 157.

Ten deaths have occurred in the Seattle area, which is emerging as an epicenter, and on Wednesday night, Facebook announced that a contractor there had tested positive.

California reported its first death from the infection on Wednesday. The victim was identified as a former passenger on the Grand Princess cruise ship, which was being held in the waters off San Francisco after 11 passengers and 10 crew members showed symptoms of the infection.

Get an informed guide to the global outbreak with our daily coronavirus newsletter.

Six new cases were also reported in the Los Angeles area, and Gov. Gavin Newsom declared a state of emergency. In all, more than 50 cases have been identified in California, the most in the nation.

In the new guidance from the Centers for Disease Control and Prevention, doctors were encouraged to rule out other causes of respiratory illness and to take into consideration whether there are other local coronavirus cases before ordering a test.

Health care workers who had close contact with a known coronavirus patient within 14 days of developing symptoms — as well as anyone who traveled recently to China, Iran, Italy, Japan or South Korea — might also be candidates for testing.

The C.D.C.’s new criteria essentially relegate the decision to test to individual physicians who have little experience with, and scant scientific evidence about, coronavirus. Doctors cannot perform the tests themselves and must refer patients to state or local laboratories.

“You need some sort of framework within which to work,” said Dr. William Schaffner, an infectious disease specialist at Vanderbilt University. “Not every patient who walks into the doctor’s office with a cough needs to be tested.”

Vice President Mike Pence said on Wednesday that “all laboratories at the state level can conduct coronavirus tests without any additional assets or resources from the federal government.”

Some 2,500 testing kits “are going out this week,” capable of testing 1.5 million patients, he said.

But a surge in coronavirus testing by people who have no real need may divert resources from seriously ill patients whose diagnosis is unknown, experts said. When the diagnosis is uncertain, it is difficult to know how to use limited protective gear appropriately or whether to isolate the patient.

The nation’s testing capacity is being expanded, now that private labs and companies are being allowed to make their own tests. But the process has only begun, and it will take time to ramp up the production of new testing kits.

The C.D.C. distributed its own diagnostic test kits to state and local health departments last month, but they turned out to be flawed, producing sometimes inconclusive results. The C.D.C. offered partial replacements, but on Saturday the Trump administration announced that commercial and academic institutions would be permitted to make their own.

Many public health laboratories say they still have not received diagnostic kits, or are in the process of running checks to ensure they are working properly. Laboratories around the country are still not ready to test large numbers of samples.

Once they are operating, the labs can process only about 100 tests per day.

Officials with the Association of Public Health Laboratories said this week that member laboratories eventually would be able to conduct about 10,000 tests a day. On Tuesday, 54 labs were running at full capacity; another 46 are expected to be up running by Saturday.

Commercial tests — such as those developed by companies like Cepheid, Hologic and Qiagen — are expected to greatly increase capacity, but representatives for those companies said they were weeks away from approval by the Food and Drug Administration.

Hologic has said that once its tests are available, labs could run about 1,000 tests per day, but only if the labs did not also run other tests for other viruses, like the flu or H.I.V.

“They’re not going to be able to test everyone, and if we let everyone through for testing, the people who really need it won’t be able to get it,” said Dr. Vaishampayan, the health official in California. “We can’t do that for the whole state,” where there are 40 million people.

“There has to be some sort of prioritization,” she added.

As a general rule, screening for infectious diseases requires some sort of winnowing of potential candidates, experts said.

Priority should be given to people who are involved in an investigation of an outbreak — as well as their contacts, and exposed health care workers — and to symptomatic people who have returned from trips to affected regions, Dr. Schaffner said.

People with symptoms who are at high risk for complications and severe illness because of underlying health conditions — such as Type 2 diabetes, heart disease and lung disease — should receive priority, as well as individuals who are older and frail.

Flu also should be ruled out before coronavirus testing is considered, Dr. Schaffner suggested.

Until last week, the C.D.C. refused to test patients for the novel coronavirus if they had not been to China recently or had contact with a known, identified patient.

But a severely ill hospital patient in Sacramento waited days to get a coronavirus test approved, and then days more to get the test processed at C.D.C. laboratories in Atlanta.

Following mounting criticism, the agency’s diagnostic criteria were slightly loosened to allow testing of certain hospitalized patients who did not have a clear exposure to the coronavirus and to include four additional countries where the virus has taken root.